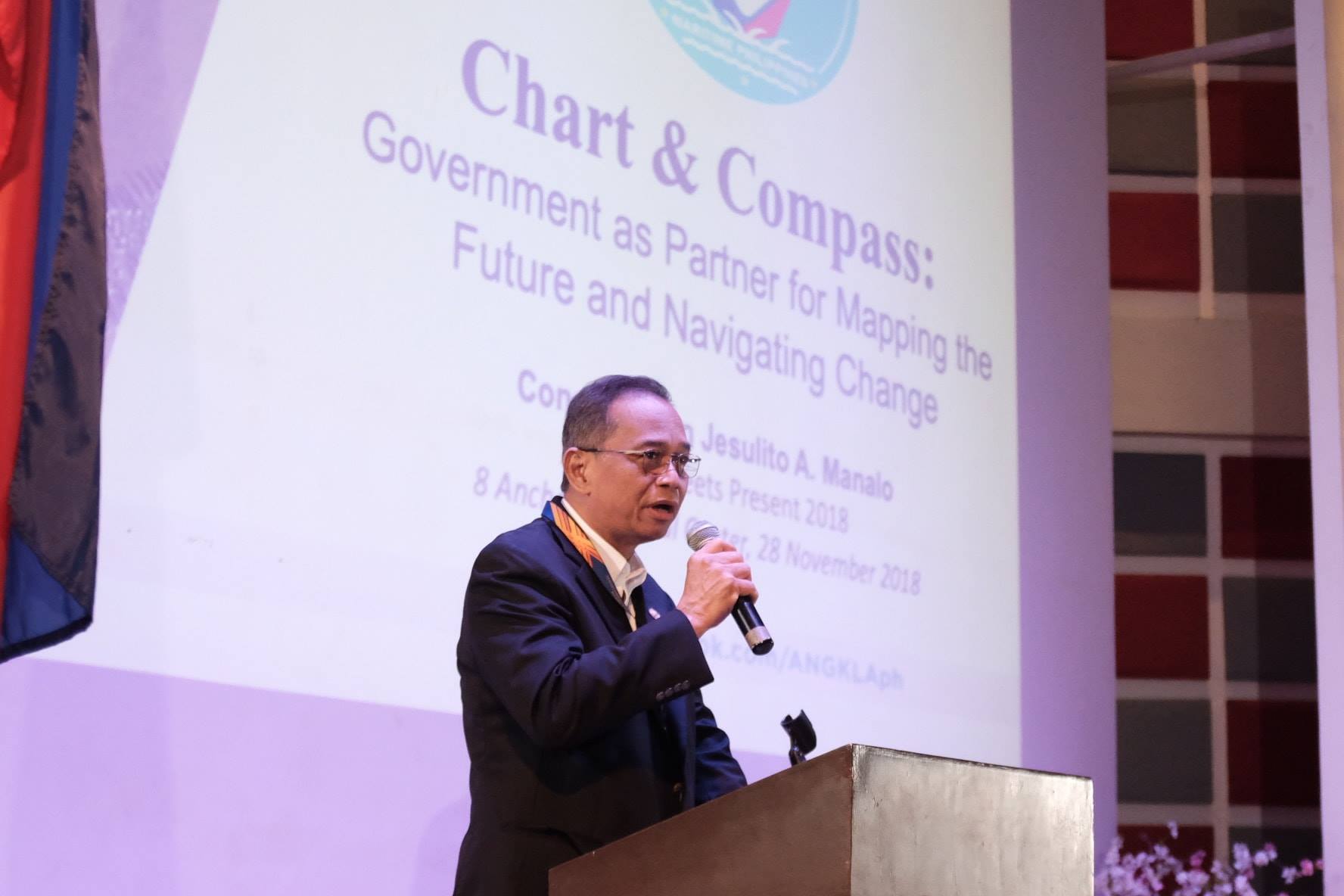 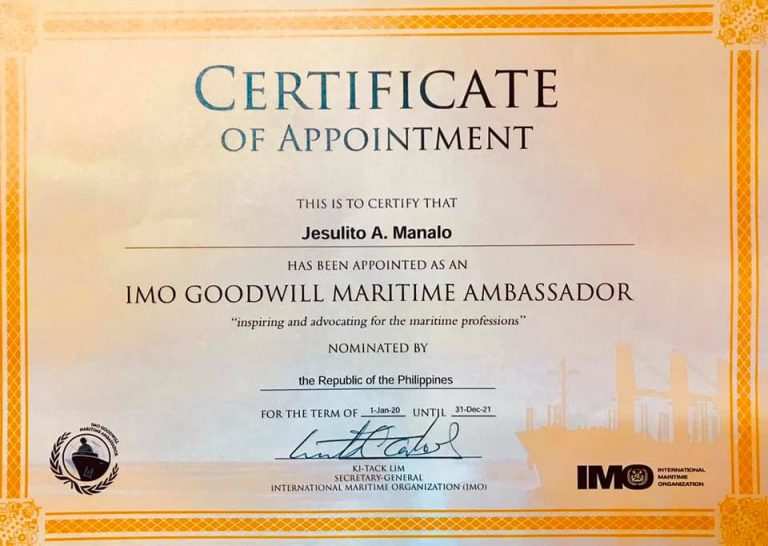 The Philippines has officially nominated Atty. Jesulito A. Manalo as its IMO Goodwill Maritime Ambassador. His nomination has been accepted and certified by the International Maritime Organization (IMO) in London, United Kingdom. As an IMO Ambassador, Atty. Manalo is tasked to promote the maritime and seafaring profession and share his knowledge and expertise to create a fair and effective regulatory framework for the shipping industry.

To become an IMO Goodwill Maritime Ambassador, one must be nominated by the IMO Member Governments and international organizations in consultative status or which have concluded an agreement of cooperation with IMO. IMO is the United Nations specialized agency with responsibility for the safety and security of shipping and the prevention of marine and atmospheric pollution by ships.

Atty. Manalo has always been a tireless advocate for seafarer’s rights and the advancement of the seafaring and maritime industry. In 2011, he founded the ANGKLA: Ang Partido ng Pilipinong Marino and was elected as the first-ever representative of the Philippine maritime industry in the history of the Philippine Congress where he served for two consecutive terms. As a representative, he introduced various reforms and authored a number of laws to address issues in the maritime sector and empower Filipino seafarers through education and training that is at par with the highest international standards. He was also actively involved in the formation of special admiralty courts to deal with cases involving the maritime industry.

Atty. Manalo is the founder of Manalo Law, a full-service law firm located at Bonifacio Global City in Taguig City.

*Keep updated with latest projects, programs and advocacies of Ambassador Manalo by visiting and liking his official Facebook page here.